Full Sail University is rooted in music education: It launched in 1979 with workshops in a recording studio, and some of its earliest classes were held in a mobile audio truck called the Dream Machine. Today, students in music and recording degree programs have access to professional studios, industry-standard equipment, and live event venues on the university’s 210-acre campus.

The university’s degree programs have also received numerous shout-outs from industry publications. In Tune Monthly named Full Sail one of its Best Music Schools in 2018 and 2022. Intelligent included Full Sail on its list of Best Online Bachelor’s in Music Programs in 2022. All music and recording students learn music business fundamentals, and the standalone Music Business bachelor’s program (launched in 2009) was recognized by Billboard magazine as one of their Top Music Business Schools in 2022.

Recording Arts bachelor’s degree
Students who’d like to help other artists craft their sound will find a home in the Recording Arts bachelor’s degree program. They learn how to use industry-standard equipment to record sessions with musicians, then mix and master the results. The program also covers sound effects for film, television, and video games.

A Campus for Music

The Audio Temple is Full Sail’s flagship recording studio. It offers state-of-the-art equipment, including an SSL Duality Hybrid console and a Yamaha Disklavier grand piano. Students can work on their own projects in the Audio Temple or watch professional musicians lay down tracks.

Full Sail Live is a 22,000-square-foot venue with seating for up to 500 people. It has hosted everything from large concerts to professional wrestling matches. During events, music and recording students can practice running lights, sound, and video on high-end equipment from the venue’s control room. 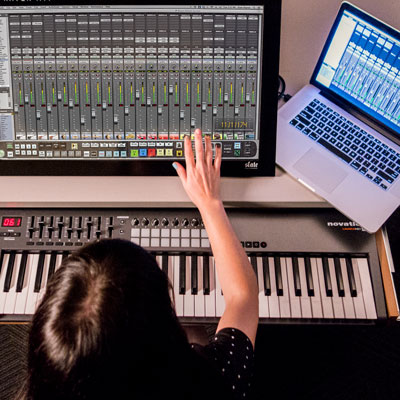 Online students also get hands-on, real-world learning experiences thanks to Full Sail’s Project LaunchBox. Each student is sent a degree-specific set of equipment, like MacBook Pros, audio interfaces, MIDI keyboards, microphones, and programs like Pro Tools and Logic to help them build their portfolios from home. Campus students also receive a LaunchBox to complete their assignments and augment their classroom experiences. 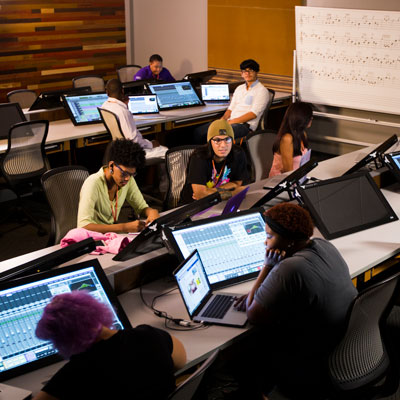 The Full Sail music and recording experience is best reflected in its successful graduates. A few examples include graduates Josh Gudwin and Leslie Brathwaite, who have both won Grammys for their mixing, recording, and music production work. Grad Alexandria Perryman is an Audio Engineer at NASA’s Johnson Space Center, while alum Justin Rathbun is the A1 and Production Sound Engineer on Broadway’s Hamilton. David Farmer is a Supervising Sound Editor and Sound Designer who has worked on movies like the Lord of the Rings trilogy and Thor: Ragnarok, plus games like BioShock 2. 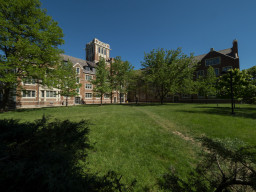