Learn from the Best at RCS

A key element of life at the Royal Conservatoire of Scotland is the chance for students to work with professional artists from around the world, performers and industry experts at the top of their game. It demonstrates why RCS is a place like nowhere else.

A Golden Globe winner and one of Time magazine’s most influential people, an internationally acclaimed violinist, a Hollywood composer and a global TV star - these are just a few of the famous faces who have shared their passion, experience and expertise with Royal Conservatoire students recently. From Creative Conversations and Q&As to masterclasses and lessons, our students benefit from exclusive access to some of the biggest and best names in the industry.

“What advice would I give to students? I still feel like I am a student,” laughed Richard Madden following his RCS Creative Conversation.In a candid hour-long chat with his former tutor Joyce Deans, Head of Acting, he talked about his rise to fame, including being part of one of TV’s biggest hits, the multi-award-winning HBO fantasy epic Game of Thrones.

Richard starred in BBC drama Bodyguard, which earned him the Golden Globe for Best Performance by an Actor in a Television Series Drama, and Time magazine named him one of 2019’s most influential people in the world. He switched to the silver screen for the Elton John biopic Rocketman and appeared in World War One drama 1917 with Benedict Cumberbatch, Colin Firth and Mark Strong, written by Sam Mendes and Krysty Wilson-Cairns, a fellow RCS graduate. Despite the acclaim and awards, he says acting means the learning never stops: “I think you’re constantly an actor-in-training, and that’s the kind of thing I’d want the students to take away. That’s why I wanted to study here as I was told I’d be an actor-in-training and I very much feel like I still am.” He credits the Royal Conservatoire for giving him the tools to forge his career: “I feel incredibly lucky and privileged to have studied at the Royal Conservatoire. I wouldn’t be here without it, and the opportunities it gave me. It was a safe place to start studying my craft and learning how to be an actor.

“It took a long time for me to be able to call myself an actor, and it gave me the confidence to do that, by making me feel like I always was one.” Graduate Sam Heughan, star of hit TV series Outlander, also received a warm welcome home when he held a Q&A for BA Acting students, on the same day that he accompanied RCS Patron, His Royal Highness The Prince Charles, on an official visit. “It was really rewarding to meet with the students,” he says. “I remember when I was here, Robert Carlyle came in and spoke to us in second year. It was great to spend time with the students and hopefully answer some of their questions, maybe alleviate some of their fears and instill some key things I learned when I was here. But I know they’re in great hands, it’s a wonderful institution and the training is amazing.” Sam has enjoyed continued success since graduating in 2003. He plays lead character Jamie Fraser in Outlander, based on the historical time travel book series. He co-starred as a secret agent in the comedy The Spy Who Dumped Me alongside Mila Kunis and Justin Theroux and recent movie roles include Text For You alongside Priyanka Chopra Jonas, SAS: Red Notice, To Olivia, in which he played legendary actor Paul Newman, and Bloodshot.

“It’s great to be back in these hallways, they have a lot of memories, and I saw my old tutors which was fun. I was part of a great year and made good friends here, we’re still very close.”

Study at Scotland’s national conservatoire and learn from leading artistic companies including the National Theatre of Scotland, Scottish Opera, Scottish Ballet, Citizens Theatre and BBC Scotland, all based in Glasgow. Benefit from professional partnerships which offer opportunities for mentoring schemes, touring, masterclasses and visiting artists. Find out why studying at the Royal Conservatoire of Scotland is Like Nowhere Else in our prospectus and campaign video. 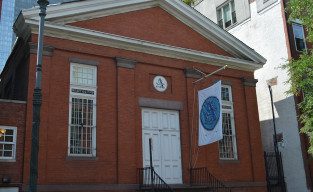 Inside The Actors Studio Drama School

Why should I consider The Actors Studio Drama School MFA Program at Pace University? The...

For Full Sail University, entertainment may be the school&#039;s foundation, but... 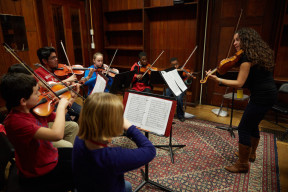 Free Resources to Build your Skills as an Educator