Four Acting Techniques You Should Know About

Deciding to study acting takes a great deal of commitment and openness. To truly excel in a program and make the most of one’s time, you must be willing to push yourself outside your comfort zone and be open to exploring different acting techniques to deliver the best performance.

You may be aware that there are many different methods you can employ when studying acting. There is no universal or singular technique that all actors utilize. It truly depends on the individual and what style works best for them.

Let’s take a look at some of the most popular methods:

The Meisner Technique is based around the concept of “truthful acting.” Sanford Meisner, who pioneered this method, encouraged his students to live truthfully under any given imaginary circumstance. The approach to this training is having the actor act on their emotional impulses – essentially, leading with their heart as opposed to their brain.

The Stanislavsky method requires that an actor use his emotional memory when approaching the work. This requires an actor to recall past experiences and memories and bring them into any given scene or character they are bringing to life. Theoretically, an actor should ask themselves: “How would I react if this was really happening to me?”

In this method, actors should intensify their connections to the work by imitating their character’s experiences within the context of their real lives. By doing this, one should be able to reach a greater understanding and a richer connection to the emotional states of their characters.

This technique is focused on two parts: Act Before You Think and Think Before You Act. Script Analysis and Performance Technique classes focus on analyzing a script by understanding the story and given circumstances, and then going through the process of choosing an action and making specific choices that will create a character.

Actors are taught to focus on what is literally happening in the scene and focus on the pursuit of an action. Developed by David Mamet and William H. Macy, script analysis explores what the character is “literally doing,” what the character “wants,” distills this down to a playable “action,” and finally personalizes the choices through what is called an “as if.” The second part of the technique is called Moment. Through a course called Moment Lab, students work on a variety of exercises, including Repetition, designed to overcome self-consciousness and teach the student to fully put their attention on the other person and act spontaneously and truthfully based on what they see.

Atlantic is dedicated to telling the story of the play simply and truthfully in line with the playwright’s intentions. The school is committed to training students in the Practical Aesthetics Acting Technique, which gives actors simple repeatable skills that can be honed and used for a lifetime.

Acceptd is the world’s largest arts network, connecting organizations with top talent and providing artists tools to help them flourish. Acceptd boasts more than 600 partner organizations, universities, festivals and other arts groups as well as more than 450,000 artist user profiles. From performers at Sydney Opera House to the marching bands in Macy's Thanksgiving Day Parade, Acceptd has had the privilege of working with premiere arts organizations around the globe to optimize their application process and connect with the right talent. 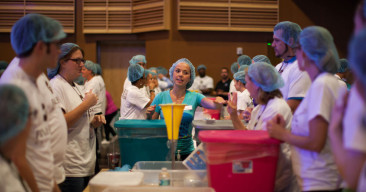 Full Sail University taps into the needs of its Central Florida community by... 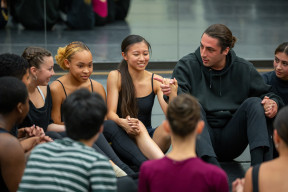 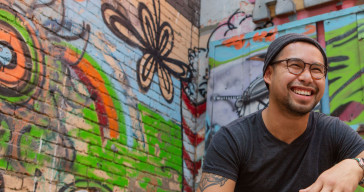 What Do I Get with an Acceptd Profile?

Between your resumes, portfolios, and social media pages, we know there are a lot of...